You should be aware that the monitor is among the most important parts of your personal computer, and is one of the high-value components of that system. It is the one that displays the output regarding graphics (images) and text enabling you to get the information you need. There are many questions that should cross your mind whenever you are planning to buy a monitor. Which is the best size? What amount of money should I reasonably spend on a good monitor? Which one will serve several purposes? If it is for gaming, you may ask yourself, Which is the best gaming monitor? The following are some top tips on choosing a good monitor.

You need to choose a monitor with the use you want to put it to in mind. If the monitor is meant for watching movies, you may need a monitor that is big and with good clarity. If you intend to use it for graphic designing, a big monitor with high resolution will be the perfect choice so that you can see the images well without having to zoom out, and possibly messing with the details of the picture. For doing a lot of work involving texts, like emailing, a low-resolution monitor is suitable.

The working space available and size of the monitor

Your choice of the monitor should be influenced by the working space you have on your desk. A cathode ray tube (CRT) monitor will call … 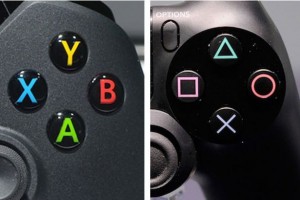 On how the interface of …