Is the new iMac worth buying 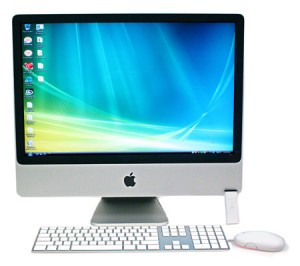 Apple product lovers were in delight when company CEO (Tim Cook) took the podium to introduce to the world the all new iMac 5K. Personally; I have been saving up waiting for a new version of the iMac to be introduced.

I have been hoping beyond hope that the new iMac will feature a new higher resolution screen. And it seems as if my prayers have been answered as the new iMac comes with a retina display screen that has never been witnessed before.

But even before I get all jumpy; I have to say that I do have certain reservations about this new technology. For one; I am concerned that the GPU may not have enough power to drive extra pixels.

The 21st century has proven that technology evolves by the minute, and the GPU may have the ability to run the extra pixels, but I still have my reservations.

I do have a six-year-old iMac. It has been serving e well, but I would like to say; I am a bit sceptical about giving it away only to regret buying a machine that is not quite ready yet.

Again given the trend at Apple where you purchase a product today and 3-6 months a better version springs up, I would feel cheated. I mean, what assures us that a better version than the new iMac 5K will not be launched before year-end?

What if the new version will have a better CPU and an updated graphics card? How …